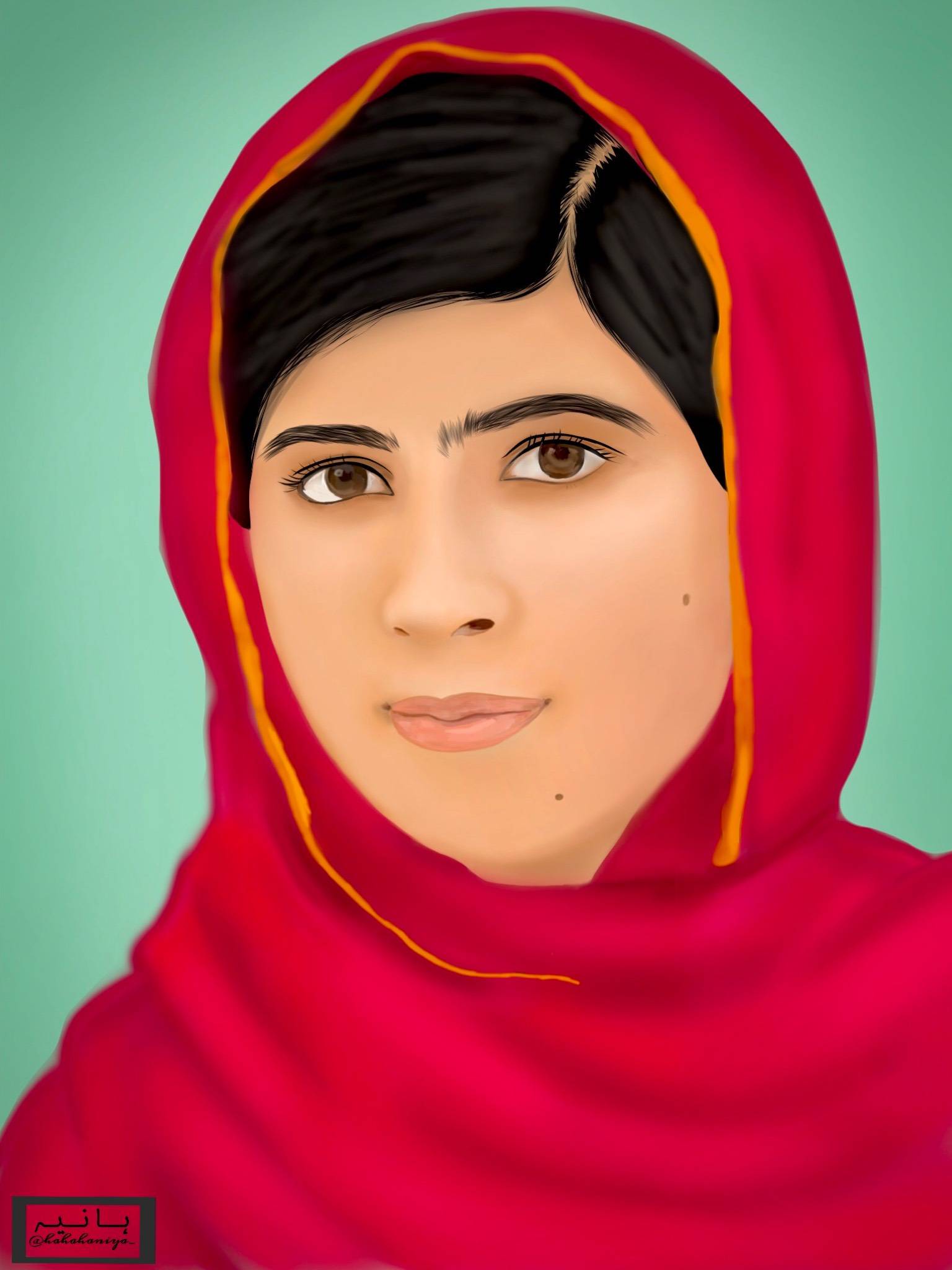 “I could live a quiet life or I could make the most of this new life I had been given. I was determined to continue my fight until every girl could go to school.” Malala Yousafzai

The word ‘inspirational’ doesn’t seem to do justice to Malala Yousafzai. As if defying the Taliban, surviving an attack on her life and becoming the youngest-ever recipient of the Nobel Peace Prize aren’t enough, in 2020 she graduated from Oxford university, having achieved her degree in spite of the barriers put in the way of her education. And all the while, she’s been fighting for the right of girls all over the world to go to school.

Malala’s activism began when she was just 11 years old. The fact that she had the courage to speak out against a regime like the Taliban at such a young age is truly awe-inspiring, and she has already achieved so much as a result of her bravery and determination. We can only imagine what incredible things she will accomplish in her next chapter

- Malala Yousafzai was born in the Swat Valley, a district of north-west Pakistan, in July 1997.

- In Pakistan, the birth of a baby girl is not always received as good news. But Malala’s father, who was a teacher at a girls’ school and an activist for education himself, believed she should have every opportunity a boy would have.

- In 2008, the Taliban took control of the family’s town in Swat Valley. They enforced strict Islamic law, which included rules on the way people lived, banning women from having active roles in society and closing down girls’ schools. Most of Malala’s classmates left school for fear of being targeted by militants, but she continued to attend, wearing plain clothes to avoid drawing attention to herself.

- Eventually, the Taliban shut down all girls’ schools in Swat and blew up more than 100 of them. In 2009 Malala and her family, like many thousands of Swat residents, fled the valley for their own safety.

- In 2008, aged just 11, Malala accompanied her father to Peshawar to protest the school closings. There, she gave her first speech, How Dare the Taliban Take Away My Basic Right to Education?

- In 2009 Malala began blogging anonymously for BBC Urdu. She wrote under a pseudonym – Gul Makai – and through her diary she shared her experiences of living under the Taliban's rule, speaking passionately about her desire to remain in school and the importance of girls being educated.

- Malala became more publicly vocal. She featured in documentaries, had televised interviews and in the summer of 2009, she met with the US Special Envoy to ask him to help protect the education of Pakistani girls.

- Such coverage in national and international media meant that Malala’s identity as the anonymous Swat blogger was revealed. She received worldwide recognition and awards for her activism, including the International Children's Peace Prize and Pakistan’s first National Youth Peace Award (which has since been renamed the National Malala Peace Prize).

- Malala and her family returned to the Swat Valley later that year when violence had eased, and she felt safe enough to return to school. But her activism and international profile made her a target for the Taliban and in October 2012, when Malala was 15 years old, a masked gunman boarded her school bus and opened fire, shooting her in the head and wounding two of her classmates.

- The Taliban said that they targeted her for "promoting secular education” and threatened to repeat the attack on her life.

- Malala survived the attack but was critically injured. She was taken to a Pakistani military hospital and, later, to the Queen Elizabeth Hospital in Birmingham, where she received specialist surgery.

- The attack sparked international protests. Gordon Brown, the UN Special Envoy for Global Education, introduced a petition that called for all children to be back in school by 2015. Pakistan’s first Right to Education bill was passed and in December 2012 the Pakistani

- In July 2013, on her 16th birthday, Malala made her first public appearance since the attack, addressing an audience of 500 at the United Nations.

- Malala was named one of TIME magazine's most influential people and won the European Parliament's Sakharov prize for Freedom of Thought. She also co-authored her autobiography, I Am Malala: The Girl Who Stood Up for Education and Was Shot by the Taliban.

- In 2014, after months of surgery and rehabilitation, Malala left hospital and joined her family in their new home in the UK. She attended Edgbaston High School.

- Undeterred by the attack, Malala resolved to continue to fight for the right of girls to go to school. Along with her father, she established the Malala Fund, a charity that invests in education for girls all over the world.

- In December 2014 Malala received the Nobel Peace Prize for her “struggle against the suppression of children and young people and for the right of all children to education." She became the youngest-ever Nobel Prize laureate.

- In 2018 Malala began studying Philosophy, Politics and Economics at the University of Oxford. While studying, Malala remained committed to her activism, travelling all over the world to meet girls facing threats to their education such as war, poverty, gender discrimination and child marriage.

- Though the global Covid 19 pandemic meant she spent the last months of her course studying from her parents’ home, Malala completed her bachelor’s degree and graduated in 2020.

- Speaking after her graduation about what she has planned for the future, Malala described herself as “more dedicated than ever to my fight for girls.” And, with more than 130 million girls out of school worldwide, her work is needed as much today as it’s ever been.

Discover the GLØD blend inspired by this incredible woman: our Malala scented soy wax candle is an uplifting and energising blend of lemongrass, lemon, litsea cubeba and geranium.

Hania Khan (@hahahaniya) is a 17 year old Pakistani who recently discovered her graphic designing talent. She has worked with clients across the globe and is a product designer and artist at The Warehouse PK.