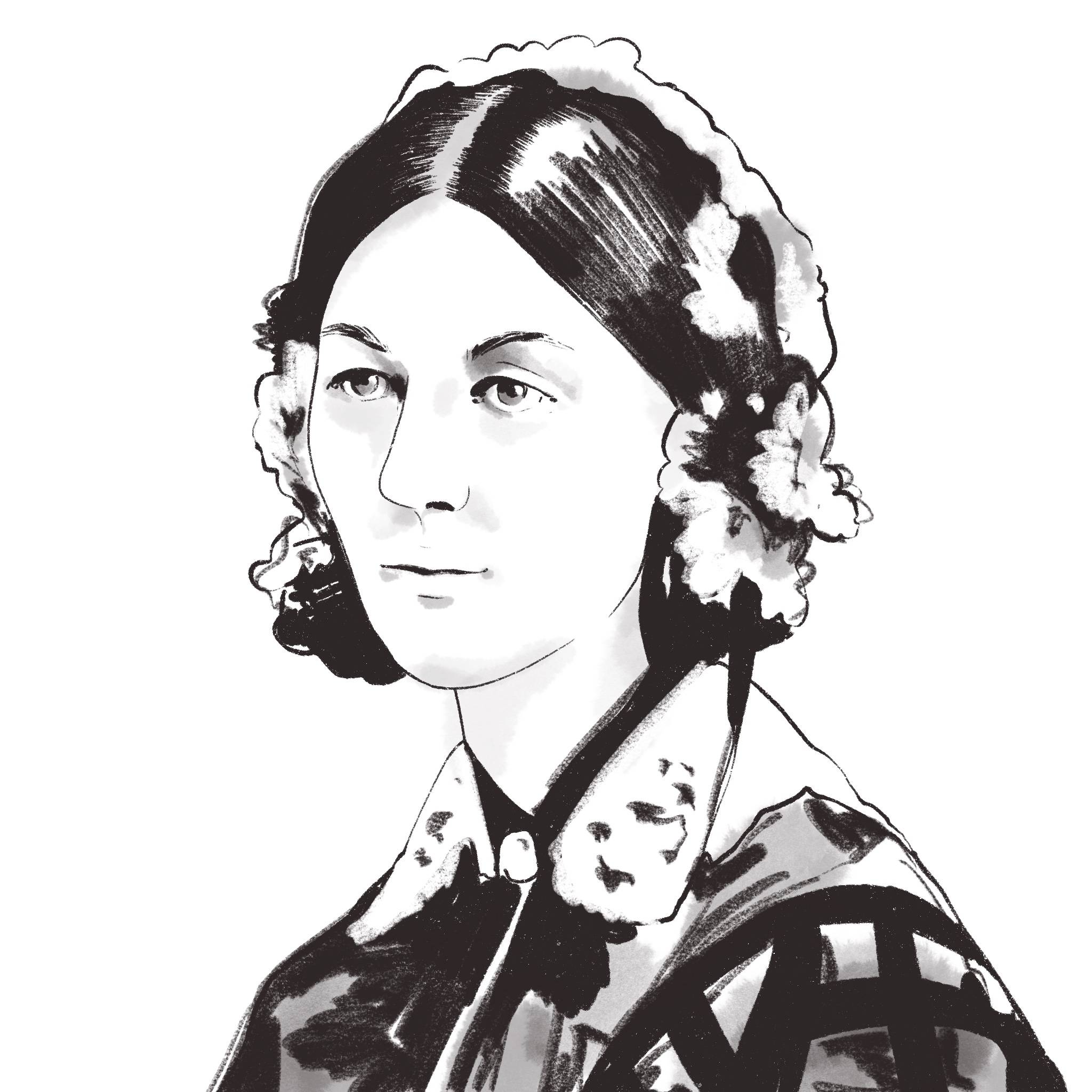 From the very start of our GLØD journey, we knew we wanted to create a scent to honour the incredible Florence Nightingale.

Widely known as ‘The Lady with the Lamp’, Florence is one of the most celebrated women in British history and was a true trailblazer. Her reform of the practise of nursing, and the way she transformed how it was viewed as a profession, is well-documented. But she was also an amazing statistician and a social reformer who refused to follow the narrow path set out for Victorian women.

We also (of course!) love the fact that she was an advocate for the power of aromatherapy, applying lavender oil to the brows of wounded soldiers to soothe and comfort them as she made her rounds.

It’s pretty much impossible to do Florence’s story justice, but the following overview details her life and her major achievements. It’s easy to see why she was and continues to be an inspiration to us and so many others.

- Born in Florence, Italy, in 1820, Florence Nightingale was the daughter of a rich landowner and grew up in Derbyshire.
- A philanthropist from a young age, by the time she was 17 Florence was devoted to helping others and considered nursing to be her ‘divine calling’.
- Florence was expected to do nothing more than marry a man of means and raise a family. Nursing was deemed to be a menial job, unsuitable for a well-educated and wealthy woman, and her parents forbade her from pursuing her ambition.
- Florence was undeterred. In 1844 she enrolled in a course of nursing training in Germany.

- When the Crimean War broke out in 1853, the British government was unprepared for how many soldiers would be injured. Field hospitals were overwhelmed, medical staff and provisions were in desperately short supply and conditions were unsanitary.
- By then, Florence was working at a Harley Street hospital in London and had risen to the position of Superintendent. Secretary of War Sidney Herbert wrote to ask her to organise a team of nurses to tend to the soldiers in the Crimea.

- Within a few days of receiving that letter, Florence and 34 other nurses sailed to the British base in Scutari, Constantinople (now Istanbul).
- Upon arrival, Florence was horrified by the dire conditions and immediately involved anyone who was able – including patients – in cleaning the hospital. She then spent every waking minute caring for the wounded, moving through the corridors at night carrying the lamp that inspired her now-infamous nickname: The Lady with the Lamp.
- Florence had a real gift for data analysis. She recognised that more soldiers were dying from diseases related to the conditions at the hospital than from their injuries. She used this data to support her recommendations for better hygiene practices and patient care.
- As a direct result of her work to improve sanitation and patient quality of life, the death rate of soldiers at Scutari fell by a staggering two thirds.

- Florence returned to Derbyshire in 1856 to a hero’s welcome. But she could not forget what she had seen in the Crimea and resolved to campaign for cleaner hospitals and the reform of healthcare.
- She wrote an 830-page report that was the driving force behind new standards of sanitation in the army and beyond.
- In recognition of her ground-breaking data analysis, Florence became the first female member of the Royal Statistical Society in 1858.

- Sadly, while in the Crimea Florence had contracted ‘Crimean Fever’ and never fully recovered. From the age of 38 and for the rest of her life she was largely bedridden and housebound but, fiercely strong-minded, she continued her pioneering work.
- In 1859 she published two books: ‘Notes on Hospital’ and ‘Notes on Nursing’, which laid the foundations for modern nursing and are still in print today.
- In 1860, Florence founded the St Thomas Hospital and the Nightingale Training School, which trained nurses and then sent them to hospitals all over Britain to introduce Florence’s ideas and implement her approach to patient care.
- Over the years, Florence received many awards for her work and became a national icon. Thanks to her, nursing was no longer seen as a lowly job but became valued as the highly skilled and honourable vocation Florence had always believed it to be.
- Florence Nightingale died at her home in London in 1910, aged 90.

Discover the GLØD blend inspired by this extraordinary woman: our Florence scented soy wax candle is a calming fusion of lavender, bergamot and patchouli.

Olivia Axson (www.oliviaaxson.co.uk; @oliviaaxson) is an illustrator from the great North West. She's 24 and studied illustration at the fabulous Manchester School of Art, graduating in 2018. Since graduating she's had a few jobs in graphic design and marketing, before taking the plunge to go freelance last November -  which she says is the best thing she ever did! She's influenced by music, interiors, colour, culture and pattern.