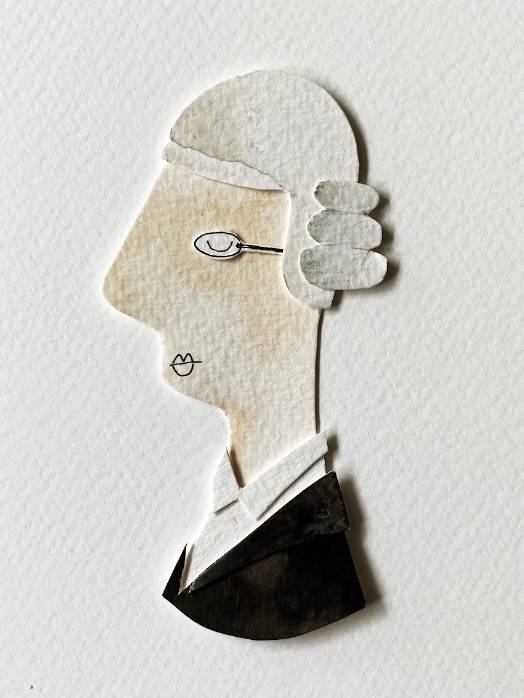 If, like us, you’ve never studied law or legal history, it’s quite possible you’ve never heard of Dr Ivy Williams. But we’re pretty sure that once you read her story, you’ll be as awestruck as we are.

Ivy was a pioneer in the purest sense of the word. She spent her life patiently and persistently striving for equal opportunities within the legal profession and was a key player in the quest to open the Bar to women. By the time she was granted admission to the Bar in 1922, Ivy no longer intended to practise law herself, but for her the triumph was bigger than ticking off a personal goal: it was about paving the way for the generations of women who would come after her. Ivy was an inspiration not only for the fact she was the first woman to teach law at an English university and the first woman to be called to the Bar in England, but also for the unwavering drive and determination that got her there.

- Ivy Williams was born in the small town of Newton Abbot, Devon, in 1877.

- Along with her brother, Winter Williams, Ivy was privately educated. The family travelled in Europe and she spoke French and German fluently.

- Her father, George St Swithin Williams, was a lawyer and her older brother also became a barrister, though tragically he was killed in World War I.

- From a young age, it was Ivy’s dream to also study and practise law. It is believed that she wanted to be able to offer free legal advice to the poor.

- In 1896, Ivy became only the third woman ever to study law at Oxford, joining the Society of Oxford Home Students (which later became St Anne’s College). She completed her exams in 1903, but Oxford regulations at the time did not allow women to matriculate or be awarded degrees, which meant her achievements were not officially recognised and Ivy was prevented from receiving her BA, MA and BCL.

- Ivy did receive an LLD (Doctor of Laws degree) in 1903 from London University, an institution that awarded degrees to women.

- Even though she was well qualified, Ivy was unable to practise law as either a solicitor or a barrister because both branches were closed to women. Ivy felt strongly about women’s rights and in 1904 she speculated that women could form a “third branch of the profession”, practising as “outside lawyers”. This opinion was dismissed by the Law Journal as “a futile attempt of a persistent lady to gain admission to the Bar.”

- Ivy finally received her BA, MA, and BCL on 14 October 1920, after the rules at Oxford were changed and women were accepted as full members of the university. Shortly afterwards she became the first woman appointed to teach law in the UK, working as tutor and lecturer in law to the Society of Oxford Home Students.

- Ivy’s own academic work focused on Swiss private law. In 1923 she became the first woman to be awarded the degree of Doctor of Civil Law at Oxford for her published work The Sources of Law in the Swiss Civil Code.

- In 1923, Ivy endowed two law scholarships at Oxford in her brother’s name, one of which was to be awarded to women only.

CALL TO THE BAR

- The Sex Discrimination (Removal) Act in 1919 removed the restrictions on women being admitted to the Inns of Court: the professional associations for barristers in England and Wales.

- Ivy now set her sights on being called to the Bar and she joined the Inner Temple as a student in 1920. In an article for Woman’s World magazine in 1921, Ivy wrote that if her application to be called to the Bar was unsuccessful, she would petition parliament.

- In 1922, Ivy took her final Bar exams in and achieved a first-class pass, coming second out of 123 candidates. She was rewarded with a Certificate of Honour by the Inns of Court.

- On 10th May 1922, Ivy Williams became the first woman to be called to the Bar of England and Wales. The New York Times described the historical significance of the event, and the Law Journal described Ivy’s call to the Bar as “one of the most memorable days in the long annals of the legal profession.”

- Citing her age as the reason (she was 45), Ivy decided not to forge a career at the Bar and instead returned to her life as a legal academic. In her acceptance speech, she described her appointment as “the dream of my life” and spoke of “the women who would follow and practise at the Bar”. She asked that every help and encouragement be given to them.

- Ivy continued to teach at Oxford until 1945. She also represented Great Britain at the Conference for the Codification of International Law in The Hague in 1930.

- In 1956 Ivy was elected an Honorary Fellow of St. Anne’s College, Oxford.

- As she grew older, Williams’ eyesight began to fail. She taught herself to read Braille, creating a Braille primer that was published by the National Institute for the Blind. She taught pupils to read and write Braille by correspondence right up until her death.

Discover the GLØD blend inspired by this incredible woman: our Ivy scented soy wax candle is a fusion of rich cedarwood and fresh geranium.